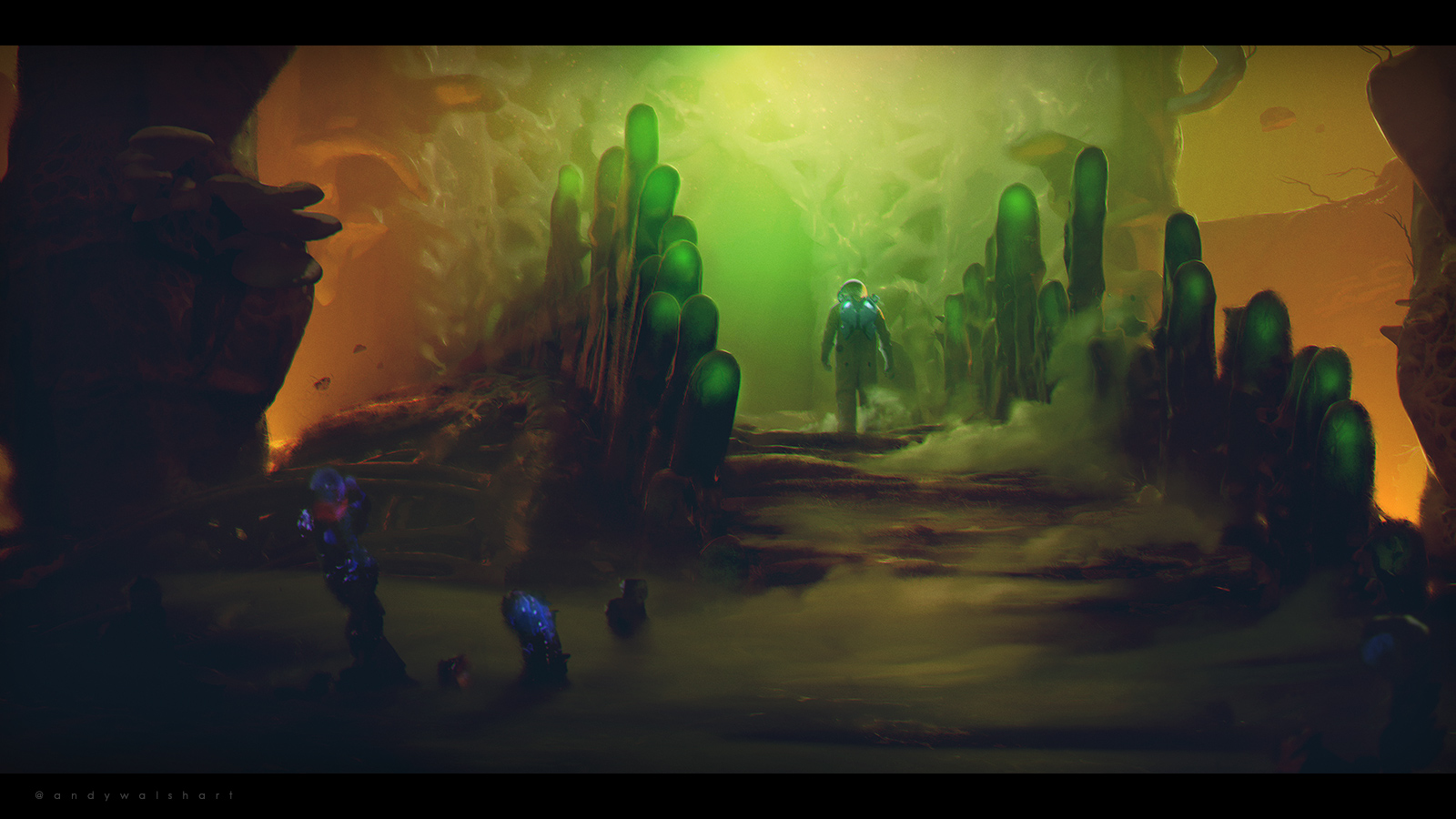 So in the above video tutorial I talk about how I go from Oculus Medium and at first I try out 3ds max with Vray but Vray RT just isn’t fast enough to get a decent angle.

The thing is, I knew I would need atmosphere in the piece and not just a little as an after-thought. I knew I needed to see it in real-time. I’m quite comfortable in 3ds max and Vray but it’s really slow compared to today’s real-time GPU renderers like Octane and RedShift! Those guys can really move!

I don’t show the sculpting process in the video as this is more about workflow. I talk about the pros and cons of Oculus Medium for concept art and how it’s super intuitive but very imprecise.

Next I talk about exporting your mesh from Oculus Medium and how to go about choosing a triangle count from the export menu. All in all, the count is going to be fairly large and it’s about getting the right amount of detail without losing too much. I don’t know about you but I often wondered how concept artists went from Medium to their 3d package as the poly count just seemed unrealistic. I think I got mine down to around 1m triangles which is 500k polys. Not terrible.

As I said, Vray was too slow so I went with Redshift. You know how fog and atmosphere is just so juicy and useful, not just in concept art but in cinematography in general? Well I’ve always dreamed of being able to get quick fog in 3d, and thanks to Redshift, you now can!

I have tried fog (also known as volumetrics of course) in Octane but even though Octane is fast, it can slow down a lot when it comes to that particular feature.

Working this fast gave me the freedom to try out many camera angles and find exactly what I wanted. I rendered fairly low res, just to keep things quick, at around 3000px which took only an hour, maybe less. In the video I mention how that would take around 24 hours in Vray! I wouldn’t necessarily recommend rendering that low though. If you have time, push it to at least 4k.

A quick note on texturing a sculpt

As I intend to do much of the finishing touches in Photoshop, I don’t need anything crazy in terms of texturing but it is useful to at least get it out of a solid color. So try to put on something like a triplanar texture to give the sculpt some tooth. Maybe even a bump. Just beware of any obvious stretching – although if it’s only visible in a couple of places you can just paint it out.

So I take my raw render and start to paint over it in Photoshop. Not too much to say here other than it was very useful to punch up the contrast and overall vibrance using the dodge tool (well, a dodge layer). There were various textures painted over the top and lots of cool ground fog.

So that’s my workflow on going from Oculus Medium through rendering and on to the paint-over. Medium is very useful for loose concept art type workflows. I hope some day it will improve enough to allow for better hard-surface work. Until then, I think I’ll mostly use it for organic scenes.

What kind of workflow do you use? I’m curious to know how everyone else is taking their sculpts out of Oculus Medium and what they’re doing with them to finish things off!