The first set of thumbnails below were for my Pumpkin Tree piece. This began as a period street scene and evolved into a sort of haunted house scene – with pumpkins and then I became more interested in just the pumpkins + trees combo.

I tend to work in monochrome for the initial composition sketch, just focusing on composition and values. Composition can be a peculiar art as what you’re aiming for is near perfection – something that goes ‘bam!’ as soon as you look at it. So I usually just keep thumbing away until something I really like comes up. The final chosen comp among all these lot is the last in this second list (below) but I actually feel that a few of the other thumbnails were stronger. If I had to do it again, I’d have just pushed that last thumbnail further.

Here are some thumbnails from my Batman Concept. 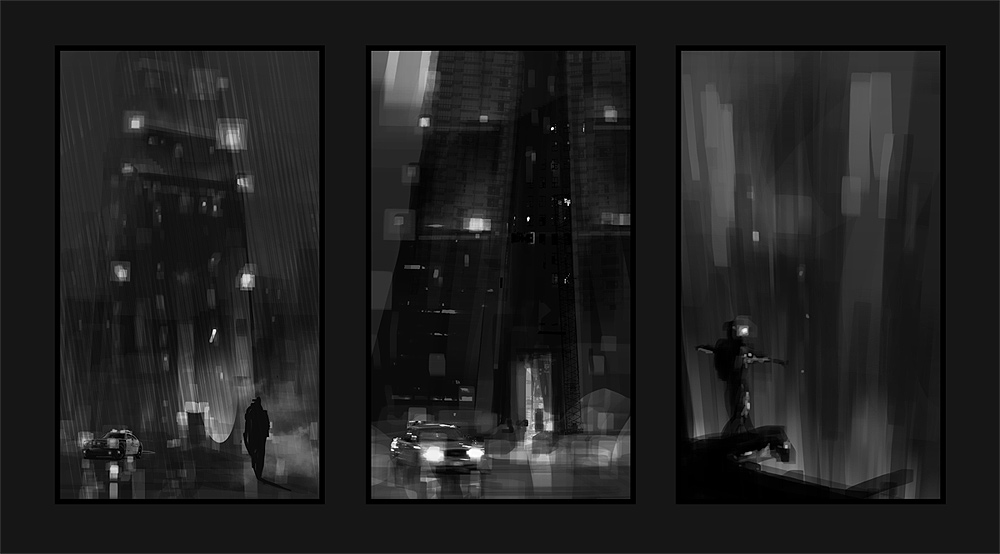 For these thumbnails, a lot of research was done to learn about the kind of 1920s architecture you’d see in New York. Sort of Art Deco. 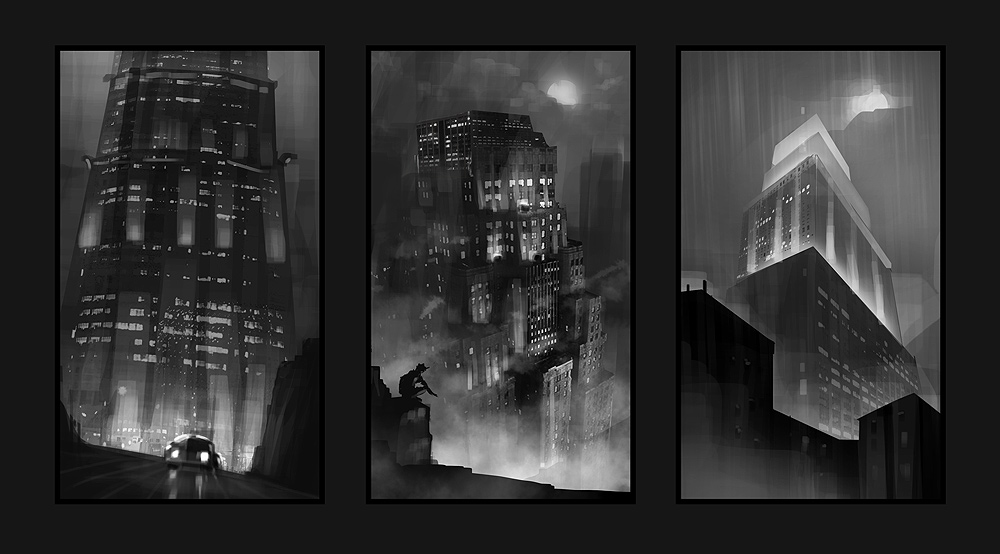 These thumbs were quite fun actually. I mixed some photos in to add quick detail. Working in black and white allowed for some striking values as I was going for a misty/rainy scene – perfect for a skyscraper shot.

Here’s a quick speed study I did on Terminator 2:

This was quite useful, basically I watched the movie and any time there was a nice shot I’d do a screen grab. I collected a dozen or more and picked out this to study.

This is just a (somewhat) quick study of a photo: 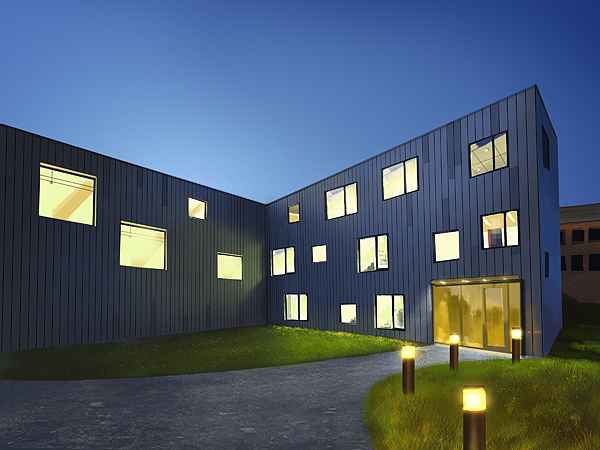 I liked the lighting here and wanted to replicate the smooth reflective wood as well as pick out the grass highlights. This kind of shot takes a while because you’re having to spend time working out perspective and alignment etc. I’m never sure whether to cheat on such things so as to focus on just painting/colour. Depends on whether you’re wanting to hone your spatial skills or not.

So I hope to spend a lot more time this year (2014) on thumbnails and photo studies! I definitely want to get looser and imply detail rather than crunch detail in to every part of the image and every edge.

Good luck with your own thumbnails!

Concept Artist in Seattle
View all posts by Andy Walsh →
This entry was posted in Digital Painting Studies. Bookmark the permalink.