Here are a couple of images I’ve been working on that won’t make it into the portfolio but perhaps ought to be shared anyways…. 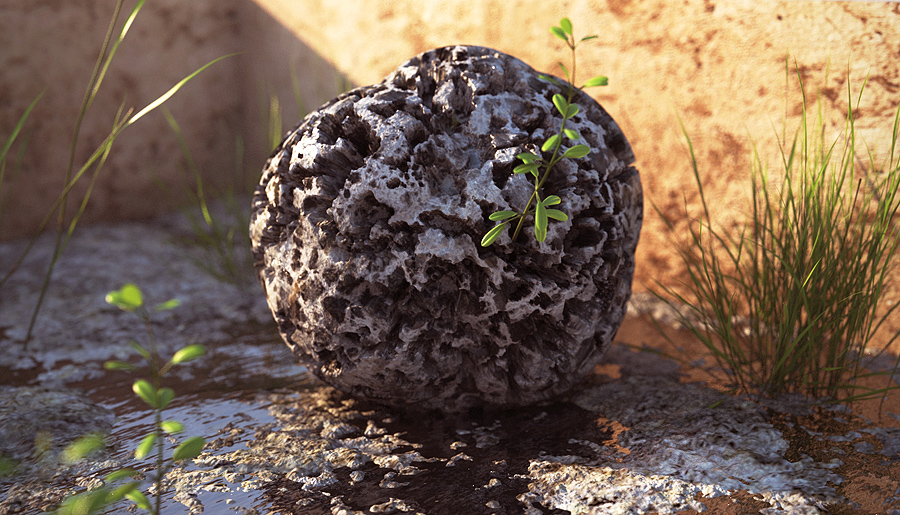 So this is a 3ds-max-only scene. I wanted to get tight with up-close realism using procedural displacements so I could get less pixel issues. The ball is a vray material displace, rather than a vray modifier displace. It has a bunch of noise materials within noise materials. Bit of depth of field to add some photographic realism.

I’m not keen on the ground as it just looks a bit too displaced, kinda like moulded metal rather than rock and stone. I also think the diffuse material on that is showing its pixels a bit (stretched a tiny bit due to the displacement which is always an issue to have to work around). 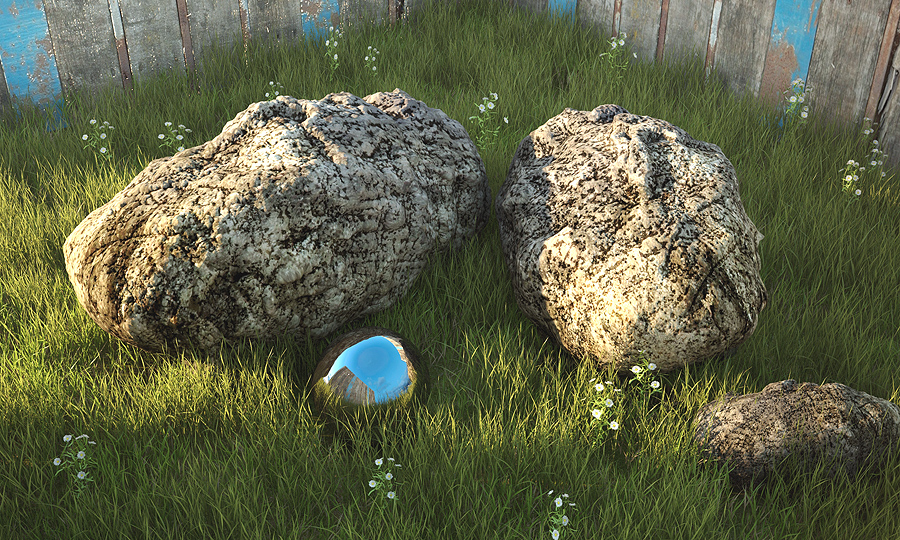 So these are my first zbrush rocks! (well, it’s just one, turned and replicated). Very exciting. I took a week off to study zbrush basics and it took every single MINUTE of that week to just about grasp the basics.

The above scene was just the rocks, modelled in zbrush, then brought into max manually (not used GoZ yet) and then some grass imported, lit and vray rendered. HDR was reflection only, the only light here is a vray sun.

Here’s a zbrush render of the raw sculpt: 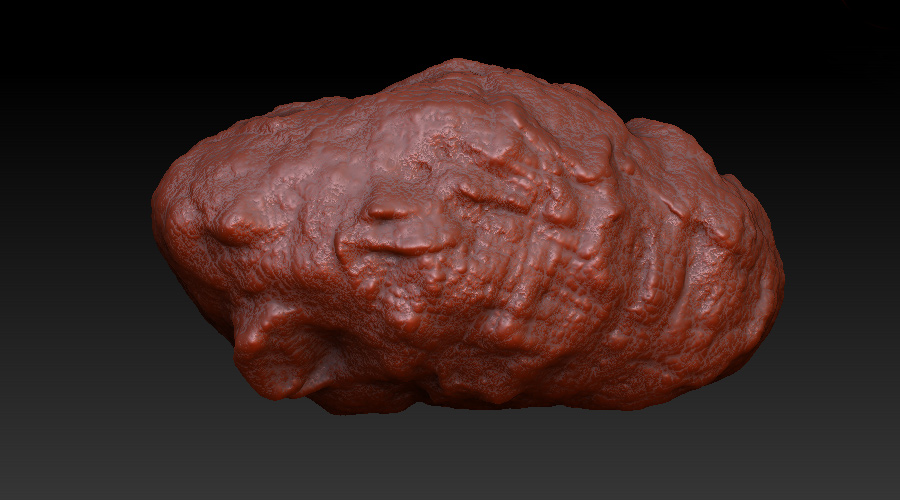 I still need to learn more about exporting between zbrush and 3dsmax and THEN replicating the awesome detail from zbrush into vray and the final rendered image. Two key issues: cavity maps from zbrush and vray dirt maps.

Also worth noting that in this scene, the rock on the left is 300k polys and on the right is considerably less, about 50k. I put them side by side as a comparison. I can’t quite tell the difference which is good. But I think that’s due to all the messy grain on the rock texture acting as a disguise for the displacement/normal detail.

So I will continue to study zbrush and making realistic rocks, and then my 3d environment stuff will…well, rock I guess. But man, the opportunities to create cool caves and rock faces. Very steep learning curve though, NOT for the feint hearted!

Watch this space. Oh and if you have any questions, shoot me a comment and I’ll reply.