Today I bring you my own tutorial for making a Garbage Pail Kid sticker/card. I even provide the logo and font! 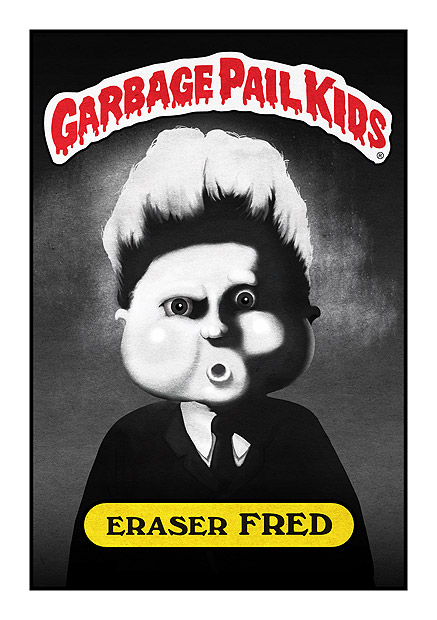 So, I was inspired to make one of these Garbage Pail Kid ‘parodies’ as they’re know. Also known as ‘Garbage Parody Kids’. Here, for those of you old or weird enough to remember the movie Eraserhead, I’ve fused the two.

Some people have made Goonies GPK paintings, some have made He-Man versions and so on. I love the idea and I totally loved collecting the stickers many years ago.

To the left is the iconic image I’m referring to from the movie Eraserhead.

For those of you who are wondering what the film is, what it’s about and whether it’s worth watching? Well, it’s David Lynch film which is a plus but it will make you go insane. I think that’s the point though.

Anyway, before we begin I’ll provide the download link for the official Garbage Pail Kids logo as well as the font for the Kid’s name that goes along the bottom.

Now on to the digital painting…

The painting of the Garbage Pail Kid sticker

I’m not going to go into detail for each stage because it’s all pretty much the same thing – painting and painting until it’s right. I’ll talk you through it here and you can see the stages below…

Stage One – Research: You’ll want to study a lot of GPK images on google images and any other resources/sites. I found the best way though was to find a Cabbage Patch Doll image as the face is exactly the same and without expression i.e. neurtral.

Stage Two – Sketching: I drew mine in a sketch pad. Remember those things? It’s quite essential I find in order to get the details and to move freely and loosely. You’ll be using your imagination for about 80% of the piece so you’ll need to be loose in the beginning!

Stage Three – Scanning and Linework: I then scanned my final sketch in, brought it into Photoshop and started to clean up the lines… 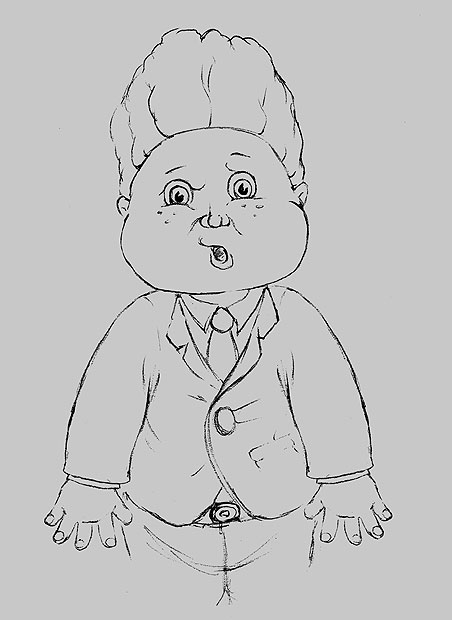 Stage Four – Placing him into the GPK branding: Next came making the document and getting hold of the logo and font – which was a bit tricky. Luckily I’ve provided them for you here! 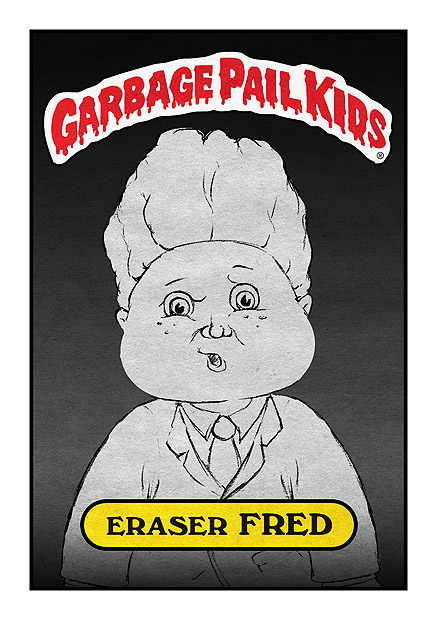 Stages five through to completion – painting: So here are the painting stages. Basically here I’m looking at the photo reference and, luckily for me, it’s just blacks, whites and greys. I have to block in the shadows then start to work it and work it until it resembles cohesive light and shade.

I’m just looking at where light is hitting in the ref pic and copying that. I need to remember that light will also hit my guy slightly differently because his head is a Cabbage Patch Doll’s head!

So, here are the stages… 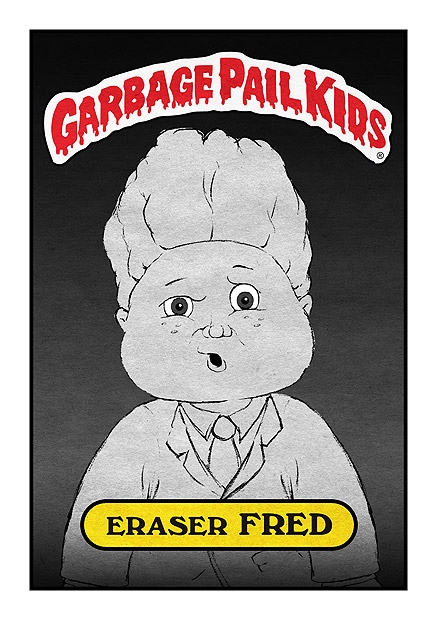 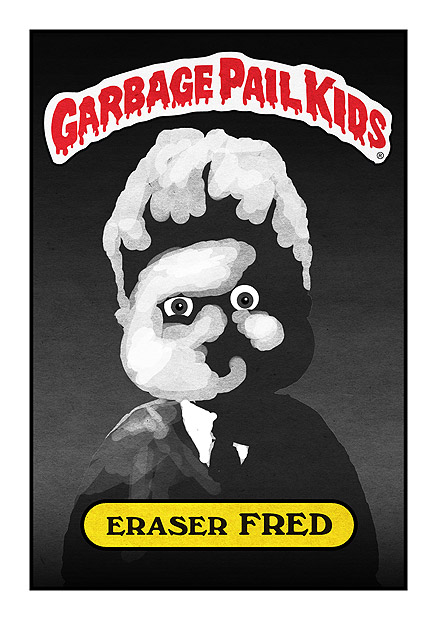 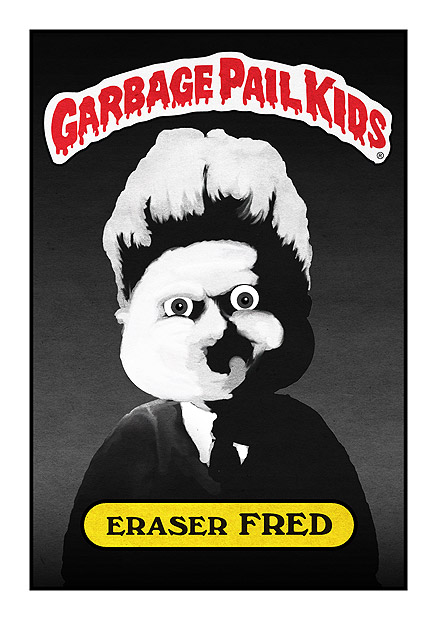 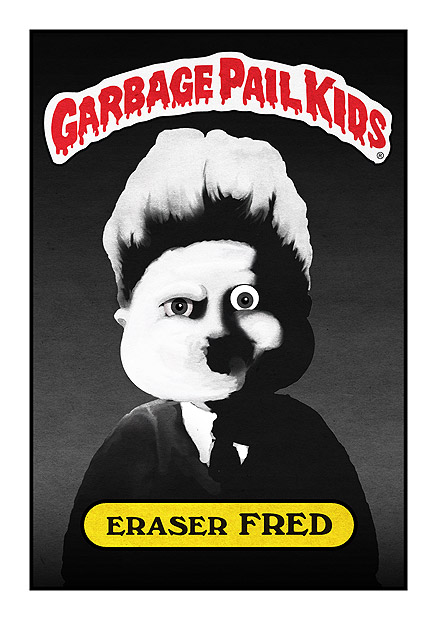 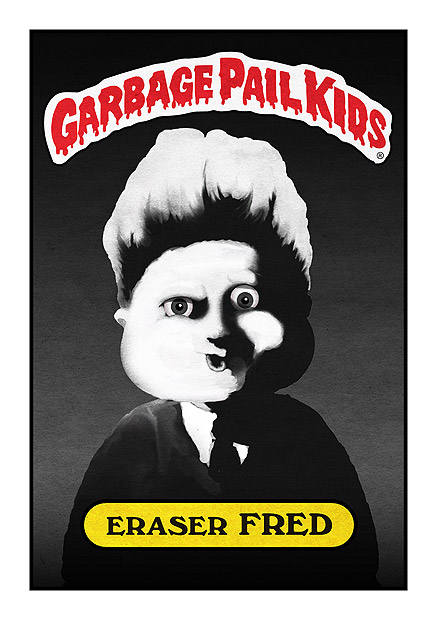 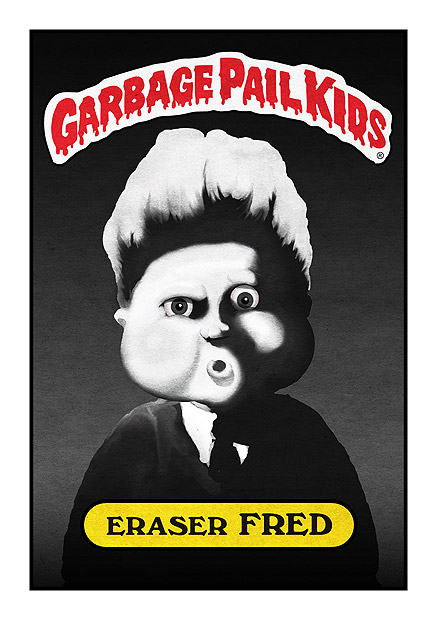 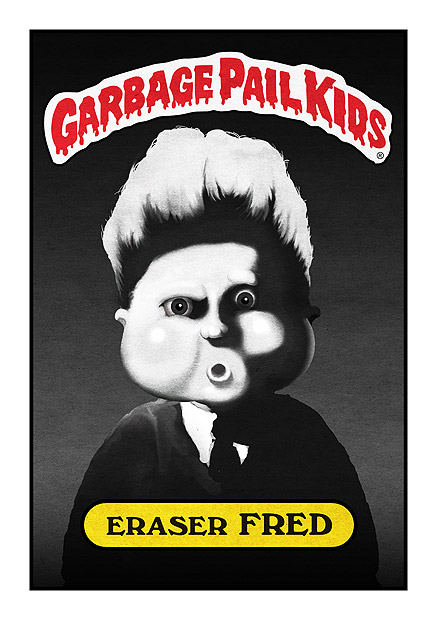 Few tweaks aside I’m pretty pleased with the result. First time I’ve done one of these! Took me about two days. Maybe a day and a half. I spent the half day drawing and scanning and researching etc. and then a full day painting in Photoshop.

Ok, come back soon and don’t forget my RSS link at the top! Oh and please comment if you got anything out of this tutorial. Follow me on Twitter here.