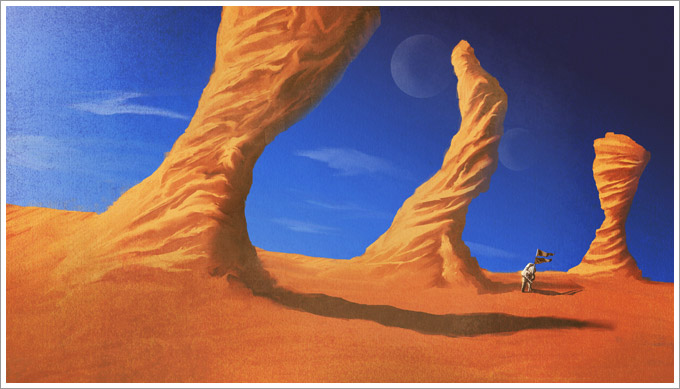 This digital painting took around 4 hours in photoshop using some pretty standard brushes on the whole. Read on to see how I made it. 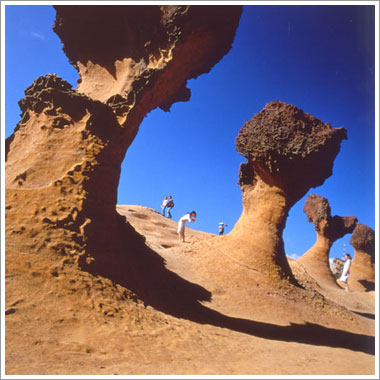 Still in keeping with my love of 70s sci fi, today’s digital painting tutorial brings us more of the same. This time I started with the intention of studying some rocks when I came across this reference Image (left). This image swayed me into making something with a sci fi edge.

It’s somewhat reminiscent of that kind of Planet of the Apes geology. That movie for me is quite the epitome of the 70s dystopia genre and I love the mood and colours.

Also, there’s a kind of alien mystique about this kind of terrain. When Heston first landed on that mysterious planet, it really did look a bit extra terrestrial. A little bit like a strange 70s sci fi novel cover.

Let’s get onto step one… 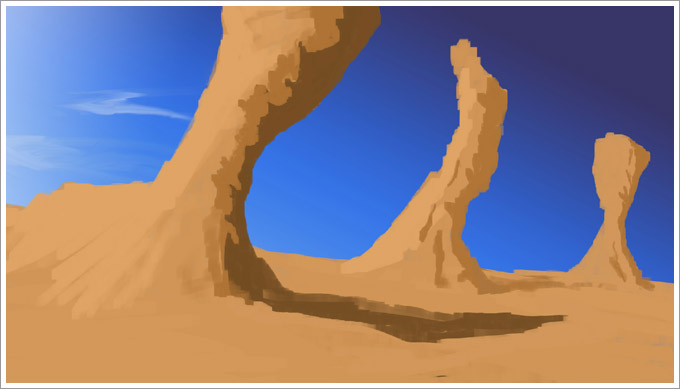 I went for a better aspect ratio on this digital painting vs the previous one. With that, this rock series had strong potential for a nice composition. Colour too actually. The sky in the desert is vivid and solid. Evocative. So I threw down some sky and some rough rock, indicating light source. 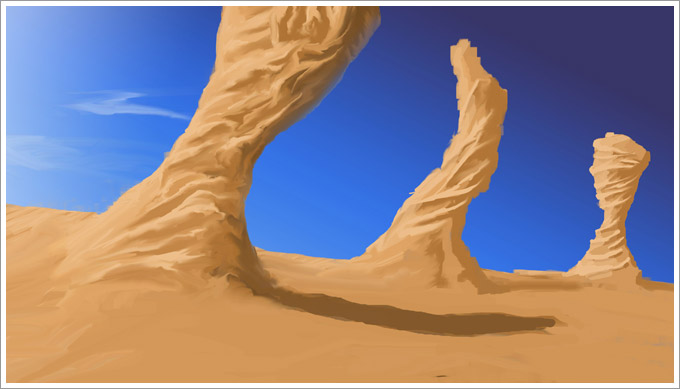 I didn’t know which way each rock would go or turn out. I threw down some more light and wherever there was light hitting, obviously some degree of shade would follow. Smudge tool came in handy again here. 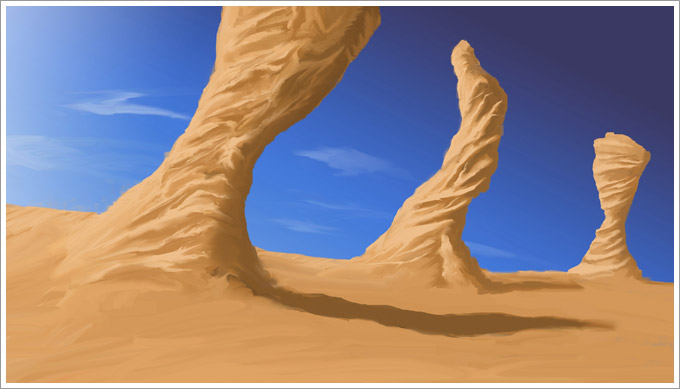 You’ll notice the shade coming together here. I realised that I’d been keeping too small of a scale on the nearest rock at this stage. When I got stuck into the middle one my brush strokes were larger and it formed more of a solid piece of rock. The first one is a little too smoothed I feel. But then I also fancied that each rock perhaps should be quite different to add an air of mystery – rock formations should be somewhat similar in nature, so this lends a little bit of strangeness.

So yeah, just bringing up the highlights and taking down the shadows. 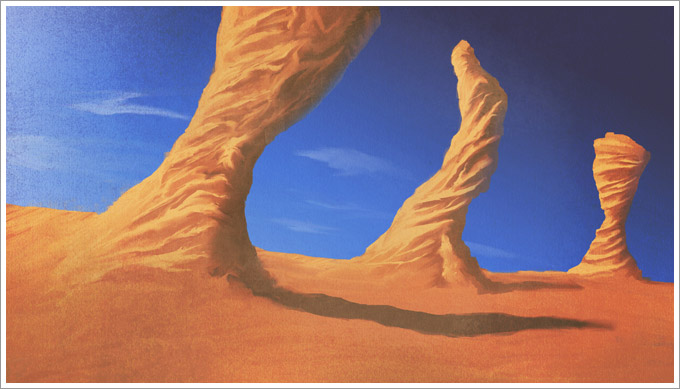 The rocks needed a bit of grain and I also wanted to have the overall picture look less clean. Because I was going for the 70s vintage look, I wanted to maybe have the image itself resemble something that was a few decades old.

I added some worn paper overlay with the intention of having it just be a subtle layer transfer but when I tried ‘colour burn’, it really made the colours jump out, turning the yellow-browns into burning golden oranges. Nice.

I added even more contrast (via an adjustment layer) and put a little astronaut in there. I also added a couple of moons to ensure the viewer didn’t think this place was earth. Or at least earth as we know it.

So, if you want to see a bigger (and more crisp) version of this then go to the portfolio section and look for the digital art subsection.

And if you wanted to buy this as a print then visit my deviant art.

Thanks for reading and please comment if you got something from it!